10 Free Things to do in Seoul, South Korea

4206shares
This post may contain affiliate links, meaning I receive a commission for purchases made through these links, at no cost to you. Please read my disclosure for more info.

Seoul is a city filled with beautiful architecture, a booming nightlife, and food that will satisfy any craving.

Several districts make up Seoul, and each contributes a different and unique experience to the city.

Fun fact: I’m half Korean! My mom grew up in Seoul, and I’m always fascinated by her stories of living in Seoul.

Tips to save money in Seoul, South Korea:

Here are ten free things to do in Seoul, South Korea.

The War Memorial of Korea is a large exhibit that holds items related to the Korean War.

The site was established to serve as a memorial to the people who sacrificed and lost their lives in the war.

There are over 33,000 artifacts in the museum, with around 10,000 that are accessible for viewing.

The outdoor area holds large weapons such as tanks, planes, and more.

Related: How To Travel The World On A Tight Budget

In 1395, Gyeongbokgung Palace was built and is known for being the most beautiful out of all the palaces in Seoul.

Out of the five neighboring palaces, Gyeongbokgung Palace remains the largest.

The palace was abandoned for two centuries but later restored. (There is 7,7000 rooms total!).

Make sure to catch the guard changing ceremony!

Cost: Prices vary depending on if you’re Korean, an international visitor, or if you have an Integrated Palace ticket. It’ll be between $1-$3 for a ticket. (Not totally free, but still extremely cheap!). 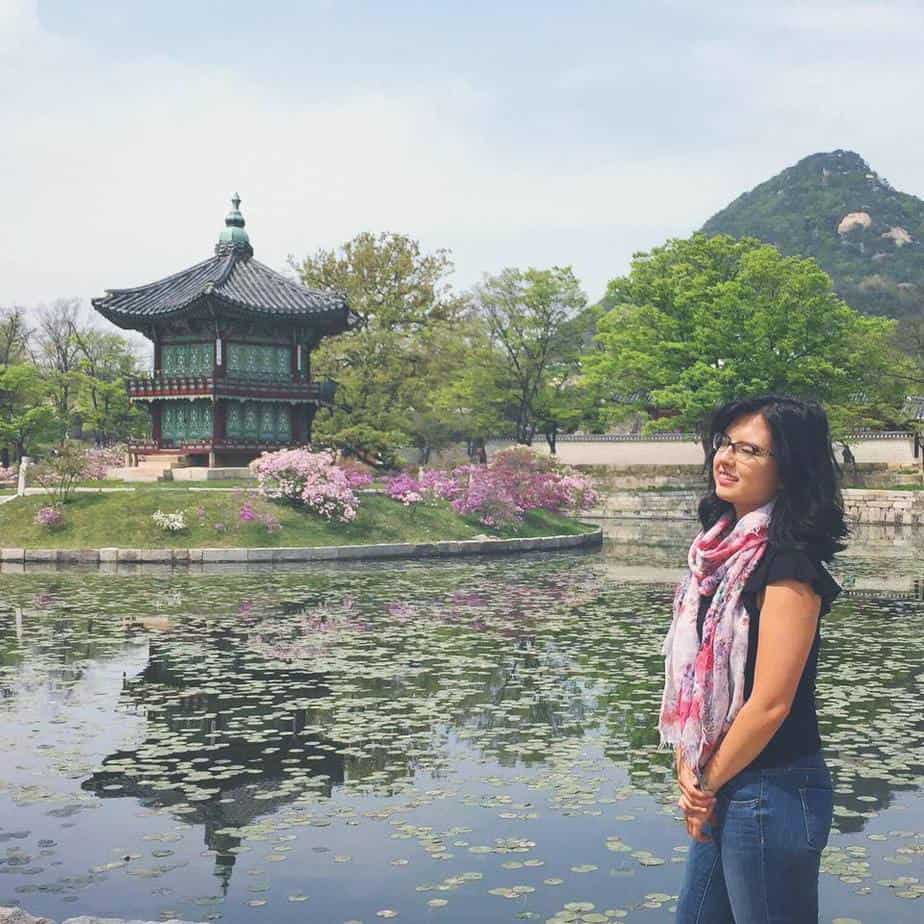 Near Gyeongbokgung Palace, and several other palaces and shrines, Bukchon Hanok Villiage is a neighborhood filled with traditional Korean houses, called Hanok.

This area is a hot spot for tourists as many of the hanoks stand as guesthouses, restaurants, and teahouses.

At the top of Namsan Park is Seoul Tower, Mt. Namsan, fountains, and more.

You can either walk up to Seoul Tower through the park or take a cable car to the top.

Visiting Seoul Tower is a must and if you feel likes splurging a bit, have dinner in the tower in the evening and enjoy the views of Seoul at night.

Related: If you often travel, packing cubes are a must.

Several unique buildings all built in the traditional Korean style make up the Cheong Wa Dae, also known as The Blue House.

You can walk along the paths and take photos of The Blue House in designated areas (I got in trouble for taking photos elsewhere).

You can take a photo in front of Cheon Wa Dae, and then behind you will be an entrance to Gyeongbokgung Palace.

Cheonggyecheon is a popular area for date nights and food trucks.

The stream was fully restored in 2005 and is now a booming hot spot at all hours of the day.

Plants are going up and down the stream, as well as a waterfall at the very end.

When I visited, there were also food trucks lined up and down on both ends of the stream, as well as mini booths selling handmade goods.

On the northern tip of Seoul sits Mt. Bukhansan, a 78.45 km wide mountain.

Bukhansan translates to “big mountain in the north” and is known for its towering granite rocks that appear to be sliding off the mountain (but aren’t, obviously).

There are over 1,300 plants and animals living on the mountain and has over 100 paths leading to the rock.

Bukhansan can be hiked in all seasons with each season offering a different kind of unique beauty.

Related: How To Learn A New Language On A Budget 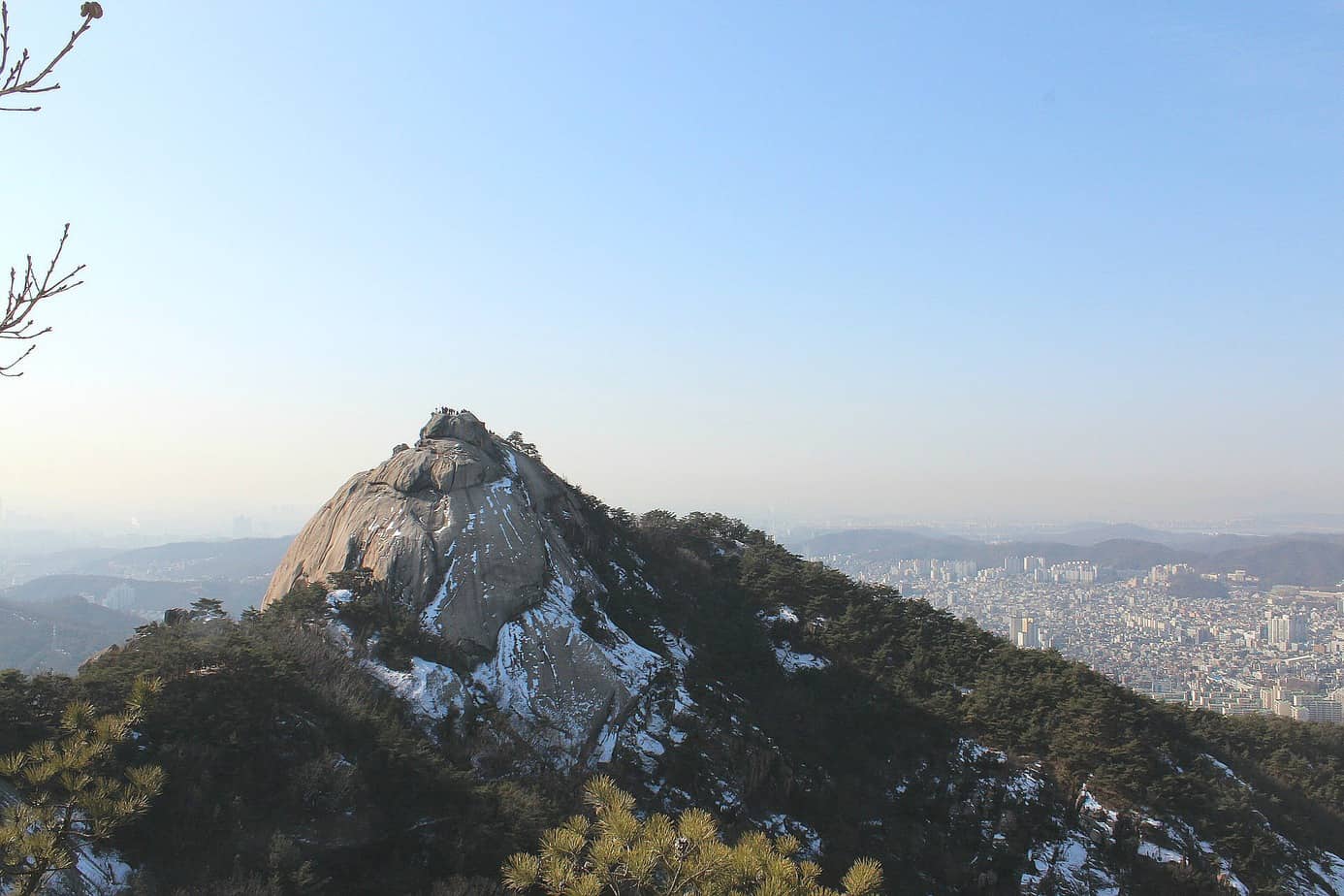 A hot spot for shopping in Seoul, Myeong-dong has two main streets to shop on.

There are name brand shops, department stores that sell both clothes, shoes, and many other products.

If you want to buy name brand items, this is the area to shop in.

There are many different restaurants to choose from, including Korean, Japanese, and other cuisines.

Insadong is a neighborhood filled with many Korean crafts.

You can find traditional Korean clothing here, herbal teas, calligraphy supplies, as well as many other prized goods.

The alleys are filled with street vendors, restaurants, and galleries.

Insadong also has street performers and artists. If you plan on buying a souvenir in Seoul, this is a great place for that.

Hongdae Market is a market for young artists selling creative items they’ve made themselves.

This is a trendy area filled with musicians, performers, and artists.

Hongdae is incredibly different than other markets, so if you choose to only go to one market, make it this one.

Getting in the Country

Seoul’s subway transportation system is one of the best in the world.

The system is efficient, fast, and easy to use. From the airport to your destination in Seoul, you can use the subway system, or use the Airport bus for around $15 US dollars one way.

Seoul’s airport is English-friendly, and you will find people that will be eager to help you.

Public buses are inexpensive as well, and taxis are known for being affordable and abundant in the area.

An Airbnb in downtown Seoul goes for around $60 US Dollars for an entire apartment.

A hostel is around half that, but with the perks and features of Airbnb, I always recommend the latter.

Food is cheap in Seoul and even cheaper on the outskirts of downtown Seoul.

I stayed with my Korean family in what I’d say is a “suburban” area of Seoul, and paid $15 US Dollars for a four entrée meal, along with the typical Korean sides.

I am vegan, and although there seems to be beef and fish in everything, I was able to get by eating only vegan foods.

If you’re allergic to dairy, you’ll be fine as Koreans don’t eat much dairy (at least compared to Americans).

Here is a free vegan guide for Seoul.

Have you done any of these things in Seoul? What else do you recommend seeing? 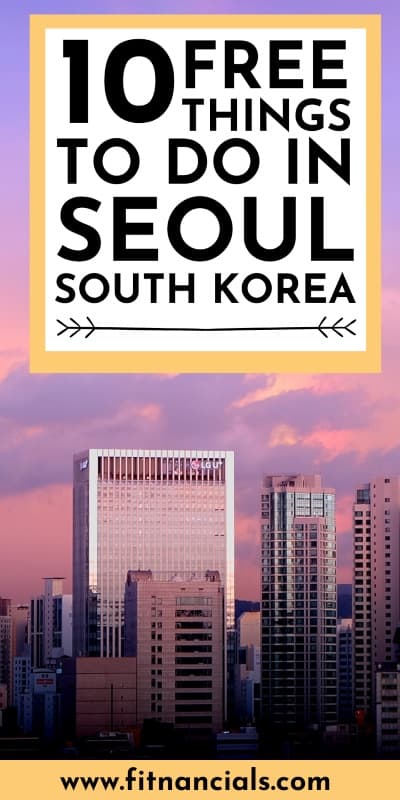 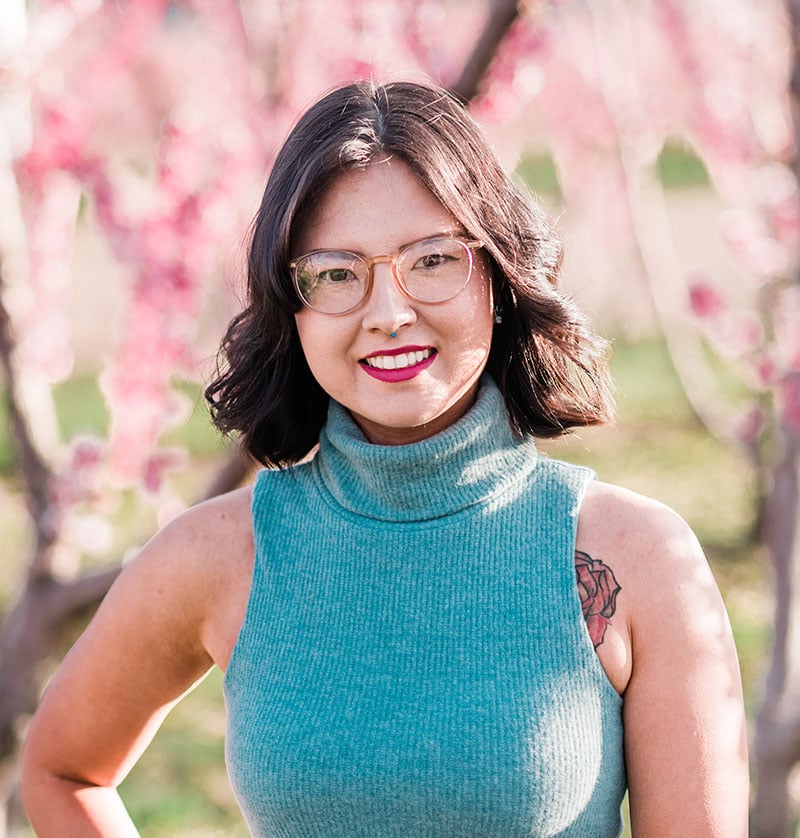 Hey you! I’m Alexis, and I help women pay off debt, save for their future, and start a side hustle with the potential of turning it into a full-time job. I also share my favorite tips and resources for living a plant-based lifestyle on a budget. Feel free to check out my amazing free resources under the title "Free Resources" above. 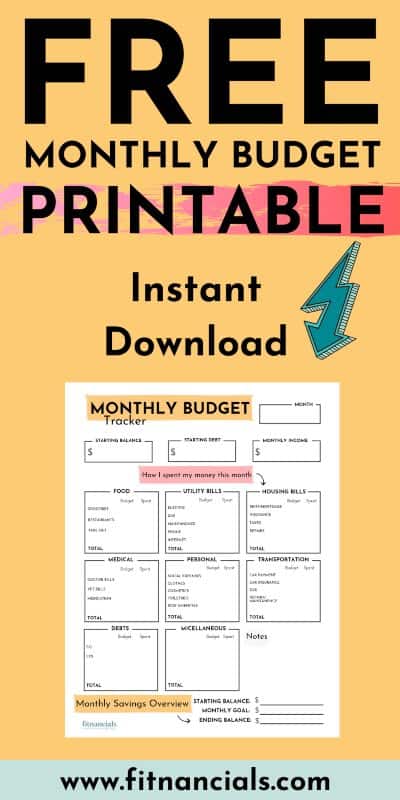 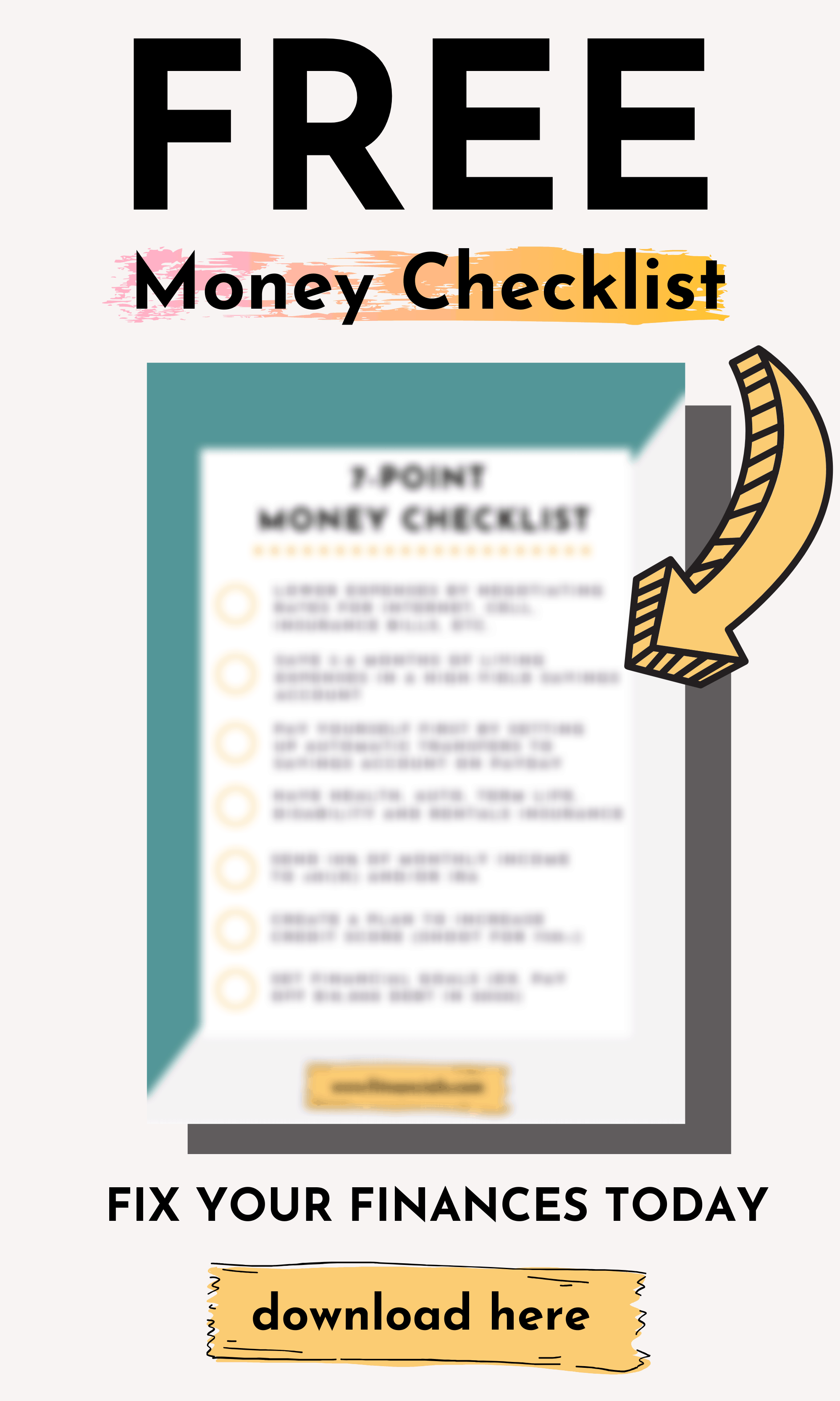 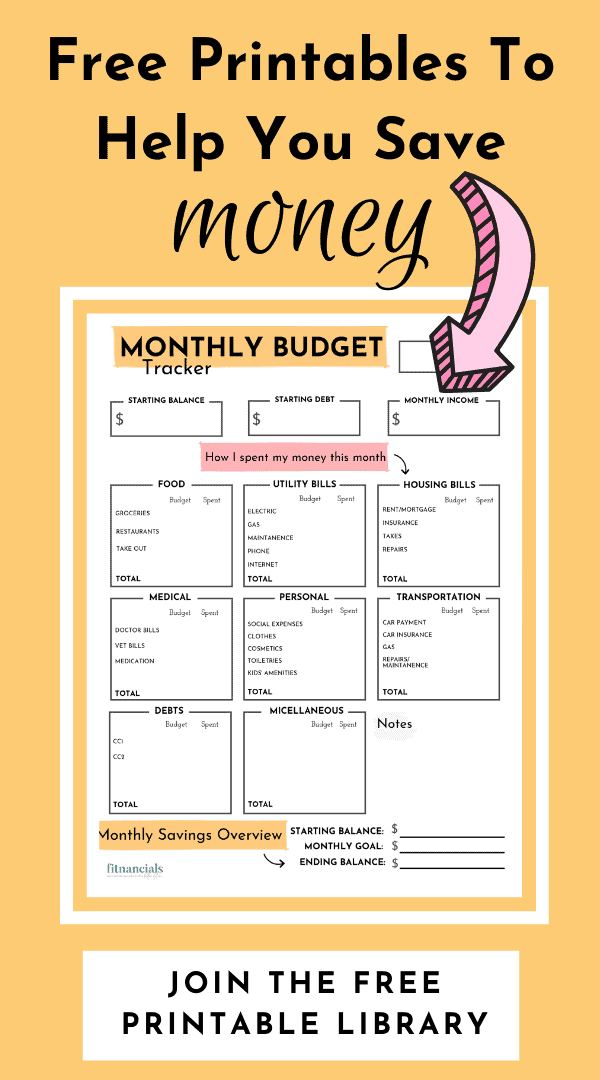